Hyundai plans to release 17 full electric vehicle models by 2030 as part of its efforts to strengthen its lineup and to catch up to rival automakers. The company’s CEO Jaehoon Chang has made the announcement when he unveiled Hyundai’s electrification roadmap in an investor presentation. Out of 17, 11 models will be under the main Hyundai brand, while 6 will be released under its Genesis luxury brand.

The automaker announced last year that Genesis will switch to electric powertrains completely by 2025, though at the time, it said that it expects to have eight EV models available for sale in 2030. Chang’s latest announcement includes more concrete details about Hyundai’s electrification plans. He said the company is investing 19.4 trillion won ($16.08 billion) in its EV-related endeavors, including setting up more manufacturing plants with the capability to produce EVs. The automaker is also aiming to capture a 7 percent market share in the global EV market and to sell 1.87 million electric vehicle units per year by 2030. … 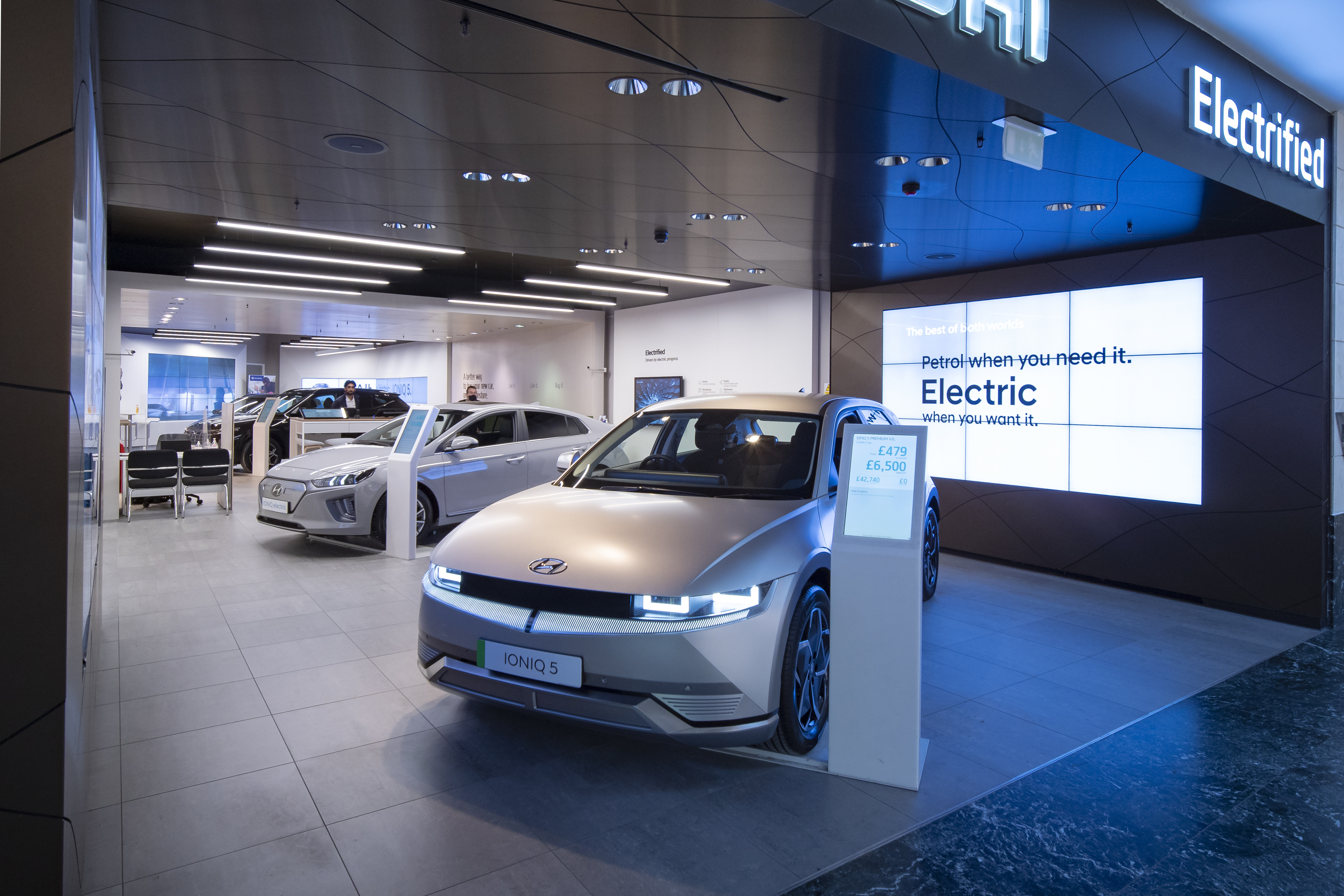 The company has yet to reveal the exact models it’s releasing within the next eight years, but it did say that three of them are sedans, six are SUVs, one is a light commercial vehicle, while the last one is a new vehicle type. The first release will most likely be the IONIQ 6, an all-electric sedan that will be available for purchase this year. In 2024, Hyundai will be releasing the IONIQ 7, as well.

While $16.08 billion is a considerable investment, analysts told Reuters that it’s in in no way “aggressive” when compared to the commitments made by some rival companies. Toyota, for instance, plans to invest 8 trillion yen ($70 billion) for its electrification projects by 2030, while GM had earmarked $35 billion for its EV and automated vehicle investments from 2020 through 2025. 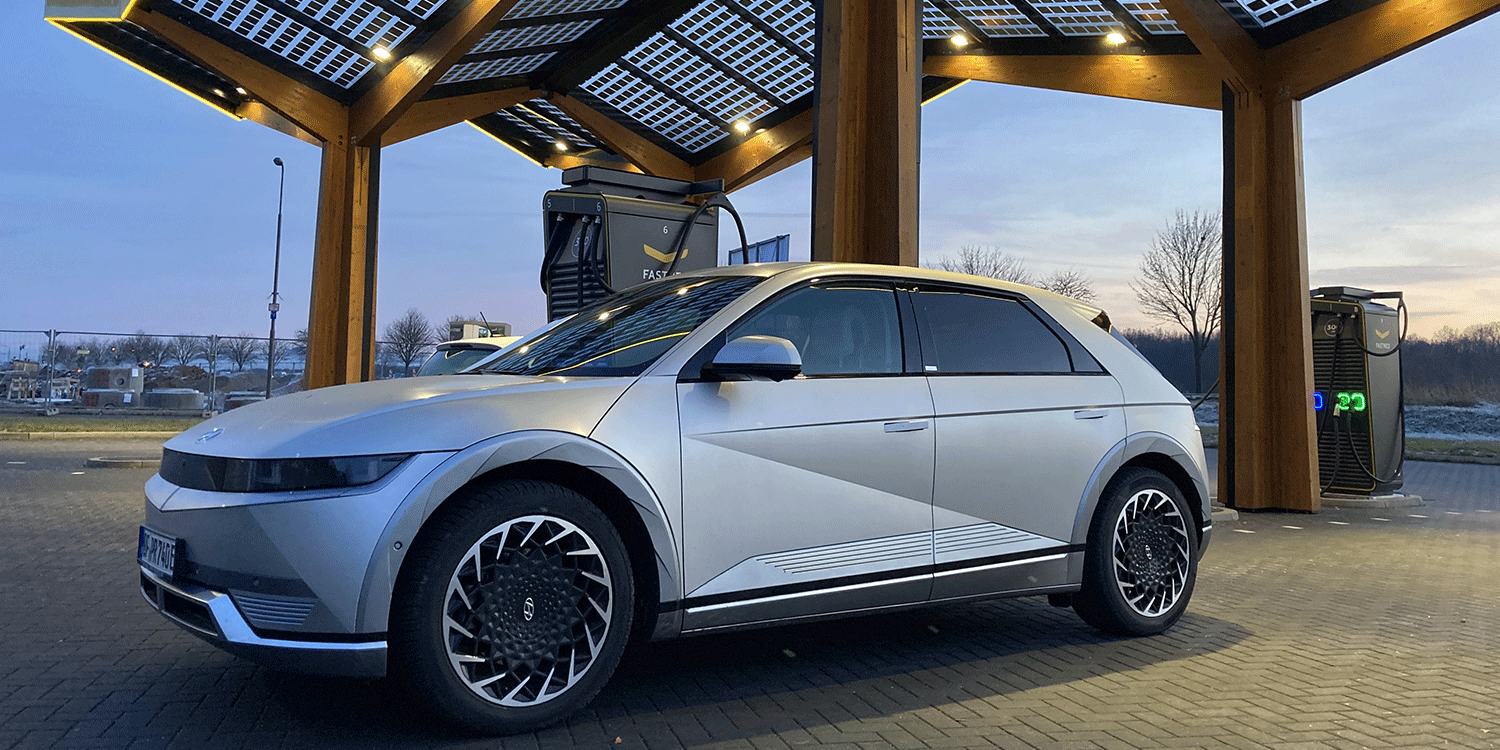 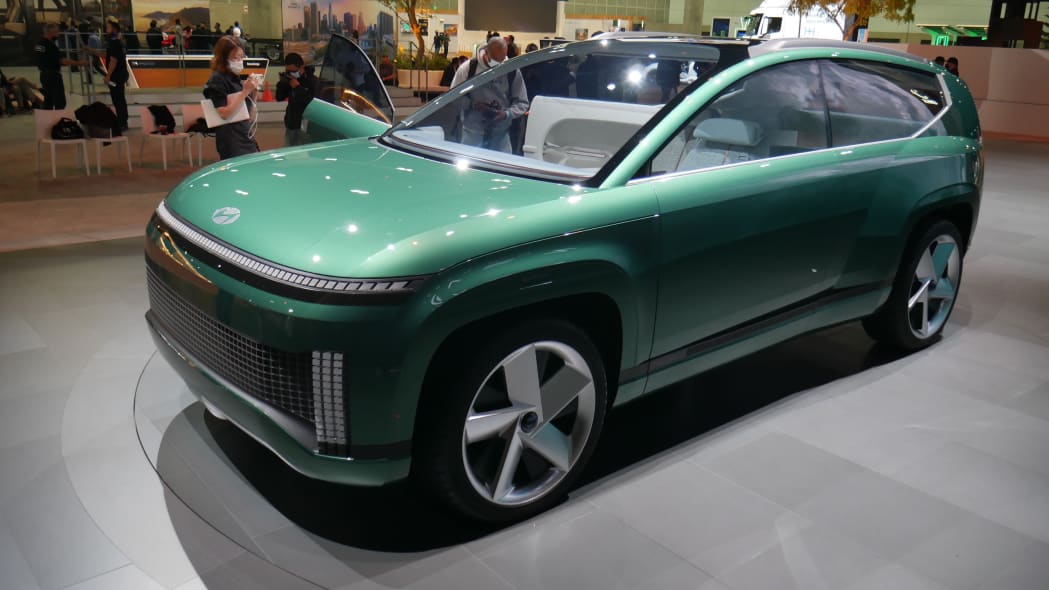 SEOUL — South Korea’s Hyundai Motor Co said on Wednesday it planned to invest about 95.5 trillion won ($79.21 billion) through 2030, including about 19.4 trillion won ($16.10 billion) towards electric vehicle (EV) related businesses. It also said it plans to introduce 17 EVs in that timeframe, six from Genesis and 11 from the Hyundai brand.

Hyundai announced that three of those EVs would be sedans, along with six SUVs, a light commercial vehicle and one new type of model. It will begin sales of the Ioniq 6 later this year, followed by the Ioniq 7 in 2024.

Hyundai Motor, which together with affiliate Kia Corp is among the world’s top 10 biggest automakers by sales, targets to achieve a 7% market share in the global EV market by 2030, with an annual sales target of 1.87 million vehicles, the automaker said during a virtual investor day.

The Seoul-based automaker said it aimed to achieve an operating profit margin of 10% or higher in EV business by 2030.

Analysts, however said Hyundai’s $16 billion investment in EV business would not be considered an “aggressive” approach compared to its rivals, adding, the investment is easily dwarfed by bigger rivals including Toyota Motor Corp, which plans to invest 8 trillion yen ($69.43 billion) for electrification by 2030.

“Hyundai is allocating about 20% of its 95.5 trillion won investment to EV related businesses, which includes building new plants, EV charging stations and strategic alliances with battery manufacturers and the investment amount for EV does not seem too surprising or aggressive,” said Eugene Investment & Securities analyst Lee Jae-il.

Analysts said Hyundai would be eying on building dedicated EV factories in the United States, as it considers that as its key EV market.

Shares in Hyundai Motor closed down 2.6%, compared to the benchmark KOSPI’s 0.2% gain.

Unveiling its roadmap at the ‘2022 CEO Investor Day’ virtual forum, the company also unveiled targets for sales and financial performance to be achieved by 2030. The roadmap for Hyundai’s battery electric vehicle (BEV) is supported by strengthening BEV line-ups, optimising manufacturing capacity and securing hardware and software competitiveness.

President and CEO Jaehoon Chang said, “Hyundai is successfully accelerating its transition to electrification and becoming a global leader in EVs despite a challenging business environment caused by the global chip shortage and ongoing pandemic.”

Hyundai plans to introduce 17 BEV models; 11 Hyundai marque models along with six models from Genesis luxury brand by 2030 as it seeks to expand BEV spectrum. The new Hyundai BEV models will include three sedan models, six SUVs, one light commercial vehicle as well as one new type model. This year, Hyundai begin sales of IONIQ 6, followed by Ioniq 7 in 2024.

Beyond existing BEV production facilities centered in Korea and the Czech Republic, Hyundai plans to gradually expand its BEV manufacturing bases. The Indonesian plant will start BEV production this year.

The company is also trying to increase the local procurement rate of batteries through strategic alliances with battery companies in major regions, including the U.S., to secure sufficient battery supply. Through these alliances, the company expects to obtain more than 50 percent of its next-generation lithium batteries for BEVs starting in 2025.

In addition, Hyundai will also diversify battery sourcing to consolidate the competitiveness of future BEVs. The company has secured sufficient battery supply to meet its sales targets by 2023. Hyundai plans to continue cooperation with various battery companies with an aim of securing 170 GWh of batteries for its models, including Genesis luxury brand by 2030.

Hyundai Motor plans to introduce an Integrated Modular Architecture (IMA), evolved from the electric global modular platform (E-GMP) that is the foundation of IONIQ 5 and GV60. Standardised five type of motors also will be installed on IMA according to model needs. This modular motor system can secure competitiveness in terms of cost and weight as well as motor efficiency.

Sony and Honda want to make their EV partnership a standalone business – truetalkies.com