While the Deck comes with both Firefox and Chrome preinstalled, this update does not work with either of those browsers. Rather, Steam Deck owners will need to install and configure the latest Linux beta of Microsoft Edge. Yes, Linux users, Microsoft has come to your rescue.

As a result, Deck owners can expect one-click access to the Xbox Cloud Gaming library, which beams over 200 games from Xbox Series X server blades to any compatible web browser on a computer with a gamepad connected. Even better, this method unlocks the same functionality for any rival service that streams games from the cloud to a web browser. That includes Google Stadia, which performs marvelously. 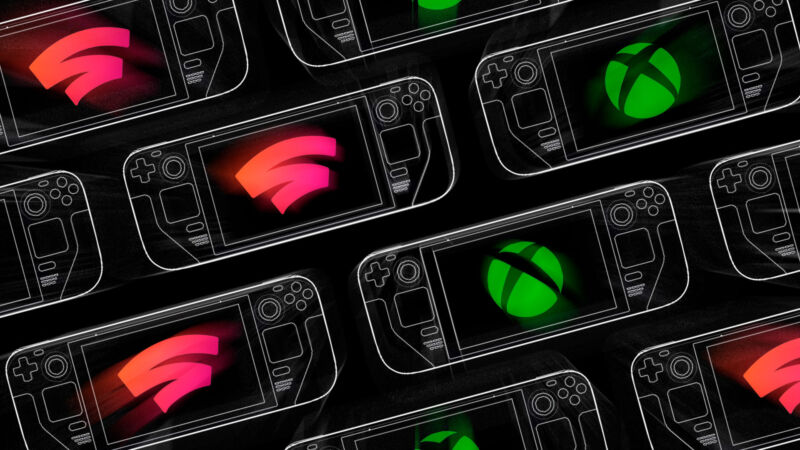 Any web-based cloud gaming service will now work on Steam Deck, making it an all-in-one portable gaming machine. The Deck comes with Chrome and Firefox. However, this update won’t work with either browser.

What you need to do is to install and configure the Linux beta of Edge. The process can be pretty complex as you need to jump through a few hoops in the machine’s Arch Linux environment.

However, once the process is done, you can get a browser to recognize the Steam Deck’s triggers, buttons, and joysticks as video game input.

Even though Xbox Game Studios titles can run natively on the Deck, Xbox GamePass isn’t available. Thus, subscribers will need to stream titles from the Microsoft service.

With the update, the Linux version of Edge will now include support for Steam Deck controls. Microsoft provided instructions on how to create a link to Xbox Cloud Gaming on the Deck to make it easier to access it in the future.

This latest support comes after Microsoft released information about Xbox Game Studios titles for the handheld.

Earlier this month, Steam Deck owners could install Windows 10. Valve released the all-important Wi-Fi, Bluetooth drivers that you need to download and play games. You need to wipe a Deck to do it. Valve can only install Windows 10 because the Deck’s current BIO doesn’t include firmware TPM support.

An Attractive Option for Deck Gamers

The new method won’t flag gamepad commands to be cloud-gaming exclusive. Thus, Stadia players will just have to change the URL to stadia.google.com. After that, the whole Stadia library will stream from Google’s servers to the Steam Deck.

It’s a more viable option for Deck gamers than having to install Windows 10 on the Deck just to access native game installations.

Furthermore, there’s evidence that performance for Deck games that are locally installed is better in StreamOS than on Windows. However, it still varies depending on the game.

If you wish Destiny 2 to run at 60 fps on the Deck, Stadia will help you get there before Windows. The Stadia version of Destiny 2 runs at high settings while it runs on low-to-medium Destiny 2 settings on the Windows 10 version on the deck.

Both Stadia and Xbox Cloud Gaming performed well through a wireless 5Hz Wi-Fi signal in image quality and latency.

Before you try to follow the instructions to get Xbox Cloud Gaming and Microsoft Edge installed on the Deck, make sure you have a mouse and keyboard connected to the Deck. Microsoft also recommends using Steam+X to access the touch keyboard and the touch display.

A flatpak, a Konsole, and a command line parameter walk into a bar

Interested cloud-streaming fans should start by loading the Steam Deck’s default desktop interface and then visiting the KDE Plasma “Discover” tab. As I explained in my Steam Deck Linux article last month, adding more apps to the Deck’s gated version of Arch Linux requires the installation of “flatpak” files since these can operate in their own sandbox outside of the Deck’s primary sector, which is read-only for anything but built-in apps. This Discover tab is a much more user-friendly way to find and discover formally signed flatpak files than using the built-in Linux Konsole, though that’s an option as well.

From there, pick Discover’s “Internet” category, then “web browsers,” and Microsoft Edge Beta will appear. (Or type “Microsoft Edge,” without “beta,” in its search box.) Once this is installed, Microsoft suggests entering this command into the Linux Konsole, which will require a connected physical keyboard or an installed keyboard app.

Microsoft’s Reddit guide details the rest of the steps, which are similar to getting third-party apps like Discord or VLC working in the default “SteamOS” interface. In particular, Microsoft suggests changing parameters for Edge in the Deck’s default gaming interface to max out its browsing window and put all the focus on the cloud-gaming site you’ll be visiting so the Deck’s gamepad buttons don’t inadvertently trigger something like the address bar. Unsurprisingly, Microsoft’s guide suggests putting “xbox.com/play” as the default URL.

Go through this process and Edge will do something that the Steam Deck has lacked thus far: translate button taps to a web browser so that they’re recognized as coming from a gamepad. Up until today, Steam Deck owners could boot a web browser in the Deck’s gaming mode, only to find that button reassignments in the Deck’s control menus didn’t act like they were in a video game. “No controller found,” the browser-based streaming service would say, despite users tapping joysticks and buttons that feel very controller-like.