It’s not even two months since NVIDIA introduced its new flagship gaming card. Yet, EVGA decided it is time to (temporarily) lower the price for its RTX 3090 Ti to 1899.99 USD, so 100 USD less than original listing.

VGA is currently selling its GeForce RTX 3090 Ti Black Gaming GPU at US$1899, US$100 below its MSRP. While that’s definitely not exactly an affordable price point for many gamers, it marks one of the first times a graphics card has been sold below its MSRP (and not 2-3 times above it) since the GPU supply shortage began.

To put this cost into perspective, certain models of the US$699 GeForce RTX 3080 were selling for US$2000 and above at the height of the supply crisis. This GeForce RTX 3090 Ti model isn’t the only card that seems to have benefited from better availability. The MSI Ventus GeForce RTX 3080, for instance, is available on Newegg for US$849. While that’s somewhat above MSRP, it’s over US$1000 lower than prices used to be, just a few months ago.

The improved supply situation for Ampere cards indicates that NVIDIA might be gradually overcoming its chip supply issues. This raises the possibility that Lovelace RTX 4000 series cards might end up available at or close to MSRP on launch. With the GeForce RTX 4090 predicted to deliver twice the rendering horsepower of the GeForce RTX 3090, Lovelace cards could end up as price-performance champs. 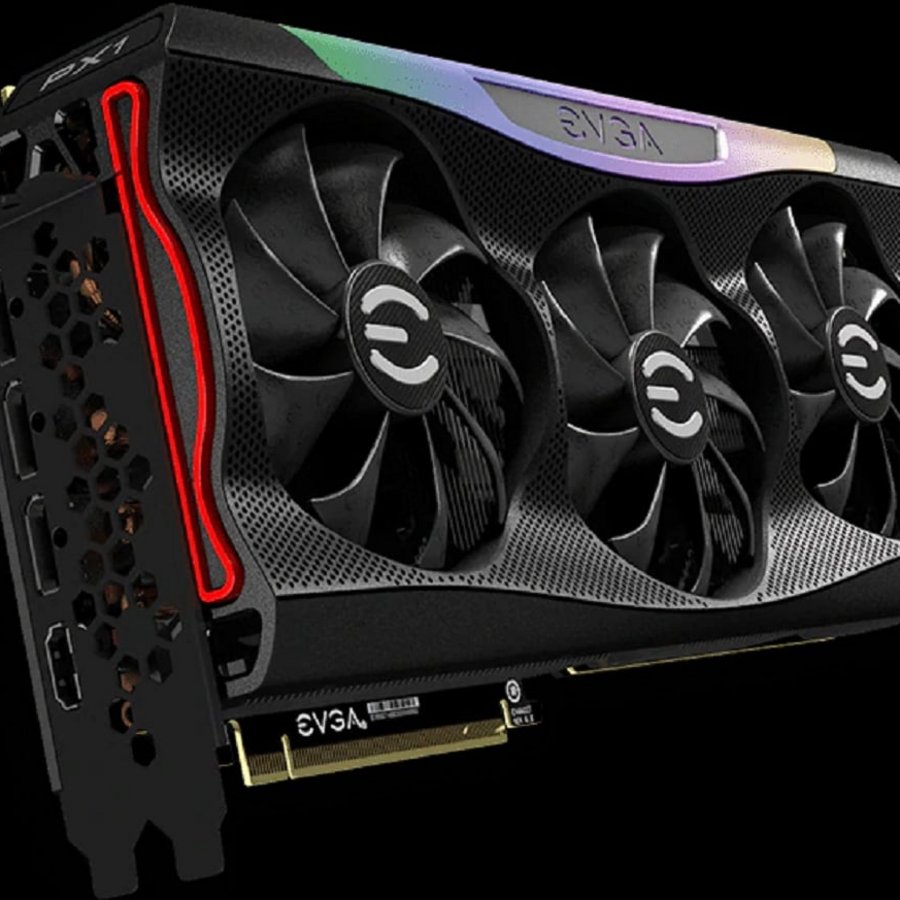 The FTW3 Black packs a massive 3.5-slot, triple-fan cooling system that pushes the card’s dimensions to 5.38 inches in height and 11.81 inches in length. The card features 10,752 cores with a boost clock of 1,860 MHz and 24GB of 384-bit GDDR6X memory, and comes equipped with an HDMI port and three DisplayPort connectors. There’s also a built-in RGB LED light strip.

The GPU maker is imposing a limit of two cards per household and is offering free standard shipping to EVGA Elite members for a limited time. They’re also offering a zero percent financing plan through Affirm that lets buyers spread out the purchase price over 12 months.

Saving five percent on a $2,000 video card won’t blow your socks off, but it is still below MSRP and we haven’t seen much of that lately due to component shortages and scalpers.

Deeper discounts on current-gen Nvidia cards aren’t out of the realm of possibility, especially considering the GPU maker is expected to announce RTX 40 series cards as early as July.