The Origin EVO17S laptop is very powerful. It has the capacity to be the best you can get right now—of course, for a price—and it performs exceptionally. It’s the gaming laptop you want.(opens in a new tab)This is what you get if buying a prebuilt or building your own computer is not possible. A gaming laptop is not a compromise to powerful PC gaming. It’s a choice to keep the power mobile and flexible.

The Origin EVO17-S is neck and neck in our benchmarks with the other gaming laptop beast of 2022: the Razer Blade 17. In my testing, The Origin EVO17-S ‘ gaming performance is largely the same with some curious drops in ray tracing performance and TK. Neither of those are deal breakers, but when you spend over $3,000, those differences feel like they matter more.

My review unit is loaded with the best options on Origin’s website. It combines an Intel Core i9 12900H, Nvidia RTX 3080 Ti (175W), 16GB of RAM, 1TB NVMe SSD, and a stunning 17.3-inch screen all squeezed into a surprisingly sleek and lightweight chassis. From the outside, it doesn’t look like it’s bursting with the best hardware out there; it’s subdued, with Origin decals wrapped on the lid. You could bring it to a coffee shop and not make it too obvious that you’re ripping apart ships in Hardspace Shipbreaker.

The Origin EVO17-S might be what you’re looking for if you have zero interest in a big desktop PC, but still want impressive power to run modern games. It performed well in all of our benchmark tests at 1080p and in Turbo mode. The Origin EVO17-S actually has a 1440p screen that can run at 240Hz, but I tested at 1080p for accurate comparisons with other laptops.

Outside our tests, I played several games, like the Honkai: Star Rail beta, Overwatch, and Elden Ring with no issues. The 1440p screen’s added detail is lovely to have as a middle-ground between 1080p and 4k. I can’t say the same for 240Hz; unless you’re playing hyper-competitive shooters, I don’t see a real reason why you need that high of a refresh rate other than smoother gaming. It’s certainly a plus, but not a feature that makes or breaks this laptop. 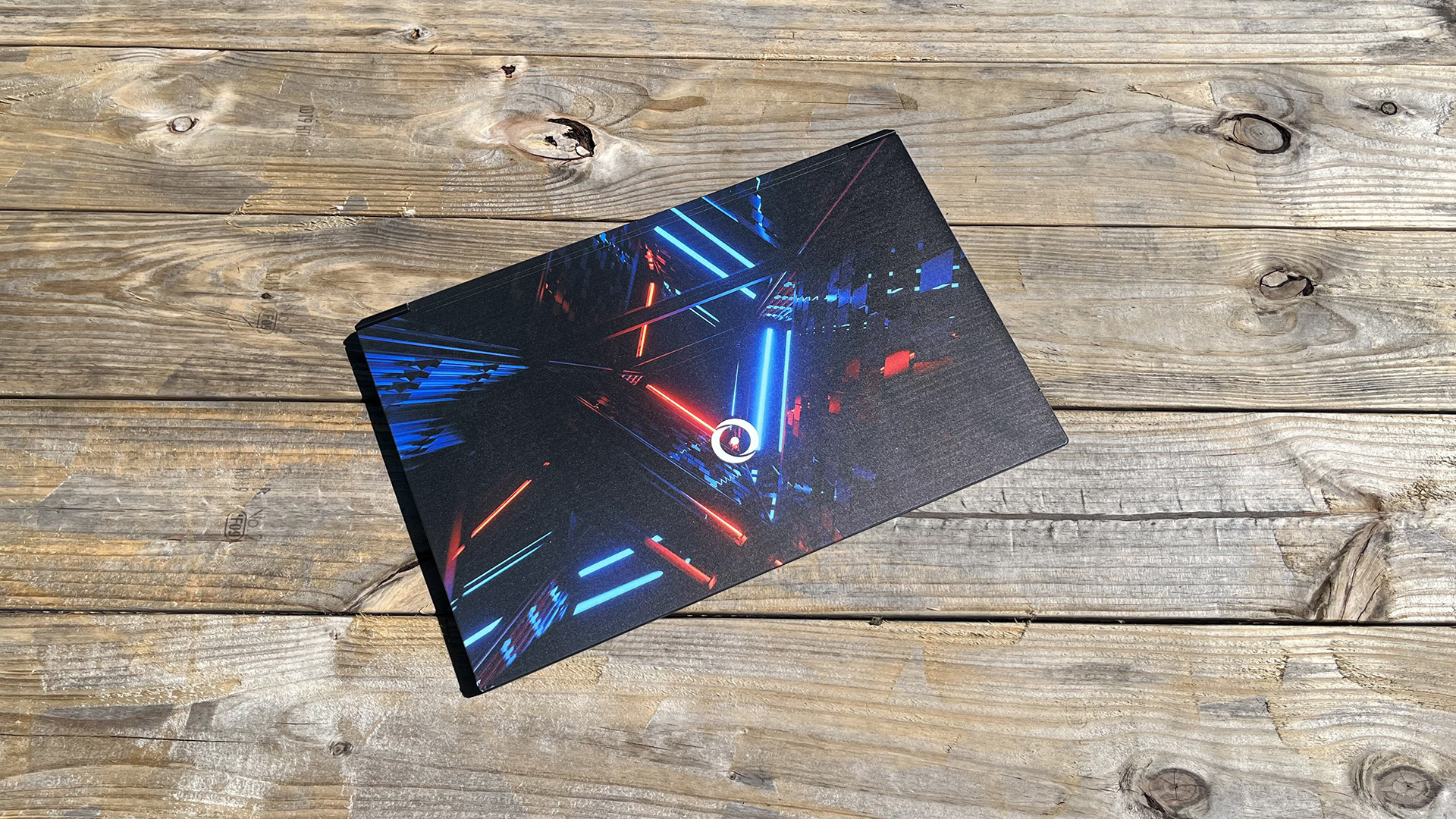 The Origin EVO17-S’ keyboard gives you a lot of room to type on and manages to squeeze in a full numpad too. The touchpad is big and felt responsive only when I needed it to be. I tried to intentionally get it to catch the palm of my hand when typing and it refused to, so you shouldn’t have to worry about jerking your aim around while using it in a shooter. The typing experience is what you’d expect for a laptop, but with the added benefit of it never becoming unbearably hot to use. The Origin EVO17-S’ fans keep it stable and comfortable to use for hours.

The fans aren’t jet engines when they’re going, but, like any high-powered laptop, they’re not subtle. They’re loud enough to drown out the speakers on the laptop at full power and make it a pain to try to use it for heavy gaming without headphones. If you do have headphones on, the roar of the fans isn’t a problem that a boost in volume can’t fix. It won’t help the other occupants of that coffee shop you’ve decamped to though.

It’s largely worth it to put up with the fan noise though. The Origin EVO17-S chews through games and just about ekes out a win in our tests over the Razer Blade 17. The only caveat is that, even in repeated tests, it underperformed in our Metro Exodus ray tracing test specifically, coming in at an average of under 60 fps. It performed fine in the 3D Mark Portal Royal ray tracing test and while playing other RTX games, so this could be a strange fluke in performance.

At this price that’s a little disappointing. More and more games are coming with ray tracing by default or getting it in a patch after release. If you’re going to spend this much on a laptop, I would want it to at least match its competitors in that kind of performance. That said, the difference isn’t huge enough to overshadow the rest of the laptop’s beefy benchmarks.

The ultimate factor in any gaming laptop is the battery life. The Origin EVO17-S battery is no joke. In our PCMark 10 battery life test that simulates non-stop gaming, the laptop kept up for a little over two hours. Most of the other laptops we’ve tested start to wane after an hour. It might not sound like a lot of gaming time, but two hours on a laptop this thin and strong is pretty surprising. Mix in some less-intensive tasks like web browsing and YouTube and this laptop will stay alive for a good amount of time away from its charger.

The tragedy of the Origin EVO17-S is its price. You can get it down closer to $3,000 by opting for a little less storage and a 144Hz screen. That would be the way to go. Outside that, I don’t think a laptop of this tier is necessary if you can handle 1080p gaming on a cheaper rig. The Origin EVO17-S is a stellar laptop in raw performance and battery life, but it’s also overkill for most people. If you’re not most people though, the extended battery life is a big deal. If you’re someone that prefers small-form-factor gaming that can nearly replace a desktop PC, the Origin EVO17-S should be near the top of your list to check out.